Marlene (Baerg) Oddie is an engineer by education, a financial services systems professional by experience, a project manager by profession, and a quilter by passion. She believes in the KISS (Keep It Simple S______) method and has incorporated this into the company name.

After living the corporate life all over the world, Marlene's marriage in February 2009 has given her an opportunity to be creative full-time.

She is excited to offer these skills to you if you wish for some assistance in turning your ideas into a reality, perhaps in a quilted item that can be cherished for years by yourself or the ultimate recipient. 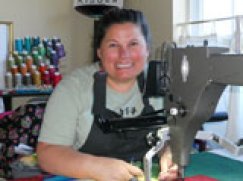 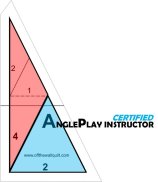 Piecing and Design classes or presentations from:

Jackie Robinson's Roses Block Challenge 2010 - Viewer's Choice
Block: "Inner Quad Jewel". "Will You Accept This Rose" is the resulting quilt and traveled in the Maywood Trunk Show for a year